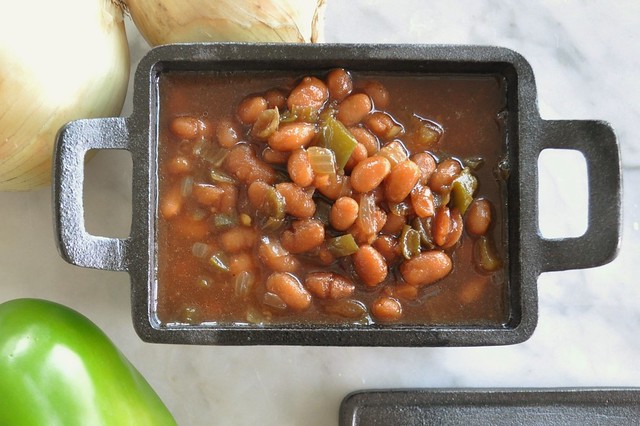 I grew up in a steak and potatoes kind of house, rarely were beans in the equation. I’m not sure why, they’re cheap, can feed the masses and they’re healthy, but we didn’t have them. Maybe too many bean jokes would have bounced around the dinner table?

I don’t know, either way, these are the perfect blend of sweet, spicy and savory. They were easy to throw together and would make any bbq a bit more noteworthy.

Hopefully you can whip up a batch before summer sneaks away! 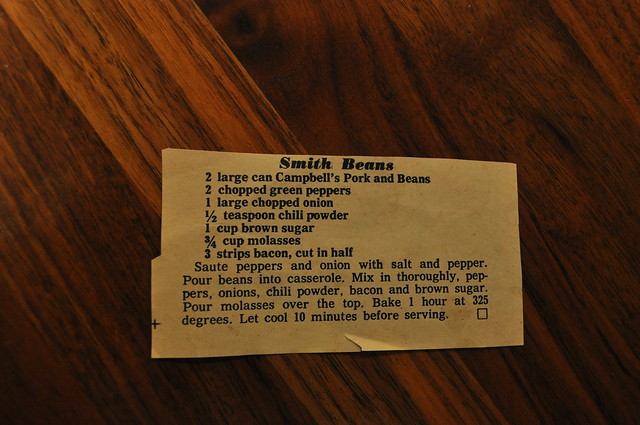 3 strips bacon, cut in half

Saute peppers and onion in olive oil over medium heat with salt and pepper. 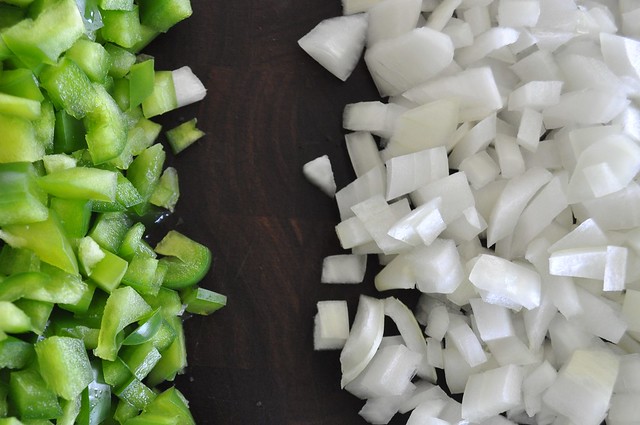 Roughly chop the onions and peppers then saute them over medium heat. 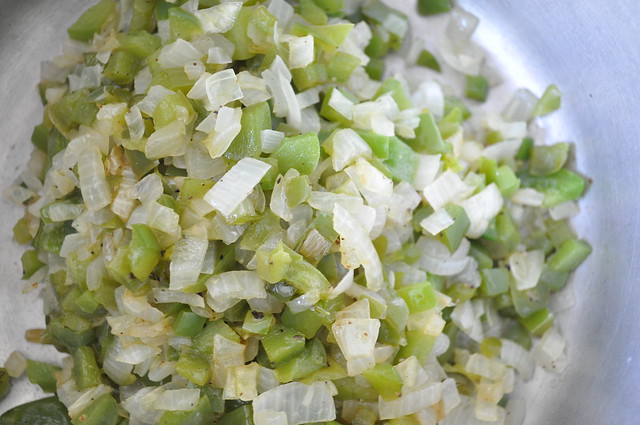 They can have a teensy bit of a caramel color, not too much though. 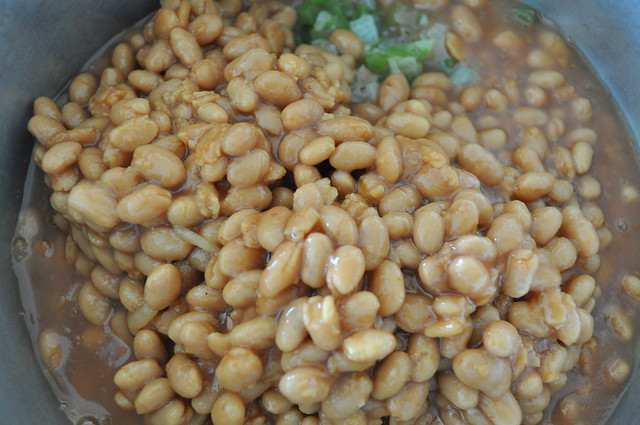 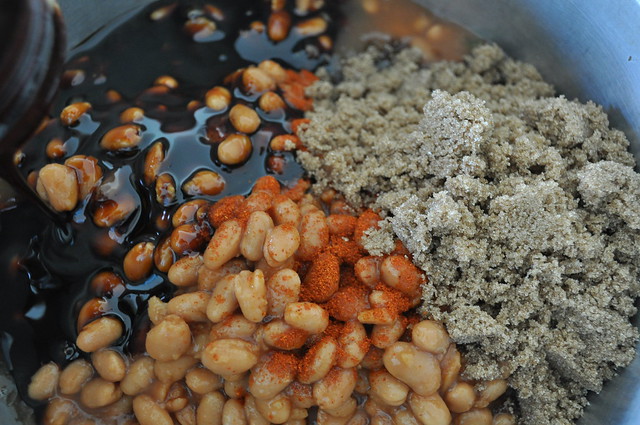 …then the brown sugar, molasses… 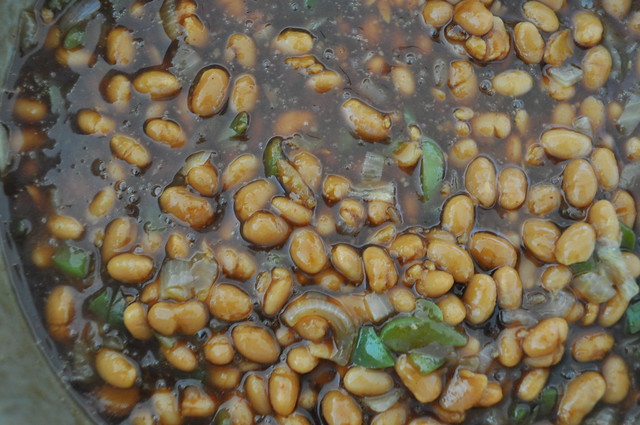 …and bacon. Then bake!

Make them ahead and reheat before your bbq or serve them a few minutes out of the oven.